Narrator: It is a cozy Sunday afternoon as I walk into a dimly lit movie theatre in Lagos, Nigeria.

Already seated are hundreds of guests, including celebrities and members of the press like myself. As I make my way to empty rows in the middle, I spot a few extra-young faces in front, two of which I later learn are part of the cast for the movie about to be screened to a select audience, 1 week ahead of its premiere.

Popcorn in hand, I settle in my seat beside other adults as the last of the theatre lights goes off. Then the huge screen lights up as the movie opens to pre-colonial scenes of Oloibiri, the South-South Nigeria town where crude oil was first discovered in commercial quantities in the 1950s. The lead character is Bukky, a happy-go-lucky eight-year-old whose blissful life is abruptly interrupted by major events that will change the course of her destiny.

Following a successful premiere event that was held on December 11, 2020, Lady Buckit and the Motley Mopster became Nigeria’s first feature-length animated movie to make it to the big screens. You may recall that a similar project, titled SADE, only made it to press briefs in 2018 but never took off for undisclosed reasons.

Animated in 4k resolution, at 24 frames per second (for a cinematic effect), the movie is estimated to have cost over $1m to produce. And with themes that centre around education, family morals and a fair share of humour, it infuses Nigerianisms with other seemingly foreign elements. Unusual names such as Ladybuckit, Sleeperhead, Pantylegs, Dustee, and Mopps come to mind.

On this episode of Built in Africa, we explore how Nigeria’s first feature-length animation movie came to life, the brains behind the project, their process and what all this means for the Nigerian animation industry.

The seed for Lady Buckit and the Motley Mopsters was planted in Blessing Amidu’s heart during a casual family moment in 2017.

Narrator: That was Blessing Amidu, mother of four and Executive Producer of the movie.

On this particular day, one of her sons, who was five at the time, walked into her room wearing only his underwear and a pair of slippers in hand.

She fondly remembers teasing him for looking like a cartoon character.

Her daughter, 12 at the time, had a light bulb moment and before they knew it, mother and daughter were bouncing off ideas for cartoon characters inspired by the five-year-old.

Blessing Amidu: “We put two and two together and then we started looking at the names. I went to bed, I woke up in the morning, and I had some names in my head. Then we started piecing the names together; Pantylegs, for example, came from my son because of his underwear

Narrator: The initial plan was to build an entertainment facility, reminiscent of Disneyland, so she founded Hot Ticket Productions, of which she is currently the Chief Executive Officer.

But Blessing soon realised that she was putting the cart before the horse.

Blessing Amidu: It came to a point that we decided that what we needed to do was showcase the characters first on the international stage.

Narrator: Borrowing from Disney’s playbook, a story with relatable characters needs to be told first, before real-life experiences can be built around it. Hence began her quest to produce a homegrown feature-length animated film.

Narrator: Blessing’s first attempts at producing a full-length animated film were unsuccessful, but she didn’t relent.

Blessing Amidu: When I believe in a thing, I go after it totally. Yes, it wasn’t quite as easy, especially considering the huge financial investment. But looking at my kids and knowing what I wanted to achieve, I knew that this was just a piece of cake.

Narrator: A major turning point would arrive when two key figures came on board in 2018 – renowned Nollywood producer, Chris Ihidero who took on a consulting role and Adebisi Adetayo, who joined as lead animator and director.

Narrator: And who better to lead the technical side of things than Adebisi Adetayo, a seasoned animator with over two decades of industry experience? Adebisi particularly remembers how excited he was to jump on the project.

Adebisi Adetayo: I’ve been producing animations for quite some time, though not on a full scale. But when I saw the script [for LBMM], it thought it was beautiful. Every part of it is something I desired very much to bring to life. The storyline is outstanding. Unlike what is expected of a Nigerian animation, this has very unique characters. And that was one of the things that got me very much interested in the story.

Narrator: For about half of his time in the industry, Adetayo has run Third Academy of Art & Design. Also known as 32ad studios, the Lagos-based animation studio also doubles as a training centre. This explains how he could single-handedly assemble all 38 animators that worked on the project in record time.

Blessing Amidu: We’ve not had to seek any external expertise whatsoever. Everything is totally Nigerian, from script to director, cast, crew, animation, technical team, everything totally.

Narrator: Oh, that was Blessing again.

Of course, you can’t have an all-Nigerian production without a notable Nollywood cast which includes household names like Bimbo Akintola, Patrick Doyle and Kalu Ikeagwu. Alongside these veterans are also 12 and 14 -year-old Jessica and Davids Edwards who voiced the main character, Bukky and supporting character, Tamuno respectively.

However, a project of this magnitude cannot escape the usual challenges faced not only by filmmakers but also technical talent, especially in Nigeria.

This includes usual suspects like unstable power which could be any animator’s nightmare.

You see, depending on the hardware setup, rendering just 1-minute of high resolution animation could take as much as 6 weeks of uninterrupted processing. The total runtime for Lady Buckit and the Motley Mopsters is around 80 minutes. How long do you think that would take to render? You do the math.

But Adebisi and his team found their way around this using a 2-year-old custom setup which they were able to scale for the project.

Adebisi Adetayo: The time that we have is very short, compared to elsewhere in the world. What we did was to enhance what is publicly available to people. With the fact that it was enhanced in-house gave us the privilege to tweak it whenever we wanted to. So we were able to make adjustments on the platform. So it was taking something off the shelf and then building on it. It is not something you’d find in the open market, it’s 80% unique to us.

Narrator: Of course, forces of nature like the coronavirus pandemic are harder to plan for. The outbreak threatened to stall production schedules.

Blessing Amidu: We had to work all through the period of the lockdown. Most of the animators have had to spend all their time, day in, day out, back to back. If it had not been for the dedication of the team, we wouldn’t have gotten to this extent.

Narrator: Apparently, with funds already sorted out, the technical team was hardly constrained.

But beyond that, lead animator Adebisi also acknowledges that everyone on his team went through the proper learning process and this played a pivotal role.

While anticipating how the groundbreaking movie will spur more Nigerian creatives to go into 3D illustration and animation, he advises that free basic tools and resources are available to start learning with. Some of which are Blender and Autodesk Maya.

But this begs the question. If just about anyone can access animation tools, why is adoption slow? Why is a Nollywood feature-length animation just gracing the screens in 2020?

Narrator: Indeed, there’s only so much impact Adebisi’s 32ad studios, and other pockets of training centres across the nation, can make in a nation whose educational system does not cater to the needs of the industry.

Adebisi Adetayo: That line has to be sorted out. If I did not have the proper education, this would have not been possible.

Narrator: Nevertheless, Blessing is optimistic that the legacy Lady Buckit and the Motley Mopsters is about to create will endure. Going forward, there are plans to distribute to video streaming platforms and cinemas screens in Ghana, Cameroon, and other parts of the world. Beyond distribution, they are also exploring other marketing channels.

Blessing Amidu: We have a toys facility in mind. We do have merchandising but we are also looking into games and an educational facility as well.

Narrator: Riding on to the exposure her movie will bring, she looks forward to more success stories to the nation’s entertainment industry.

Blessing Amidu: We do appreciate the fact that Nigerians have showcased a lot of creativity, when you look at the other shorts that have come out. By shorts, I mean in animation. This would be like a pacesetter when it comes to feature-length. We are hoping that going forward, because we’ve been able to do this, every other person will see that it’s actually possible to do this in Nigeria, regardless of the challenges.

Interview by Oluwanifemi Kolawole and additional research by Muyiwa Matuluko 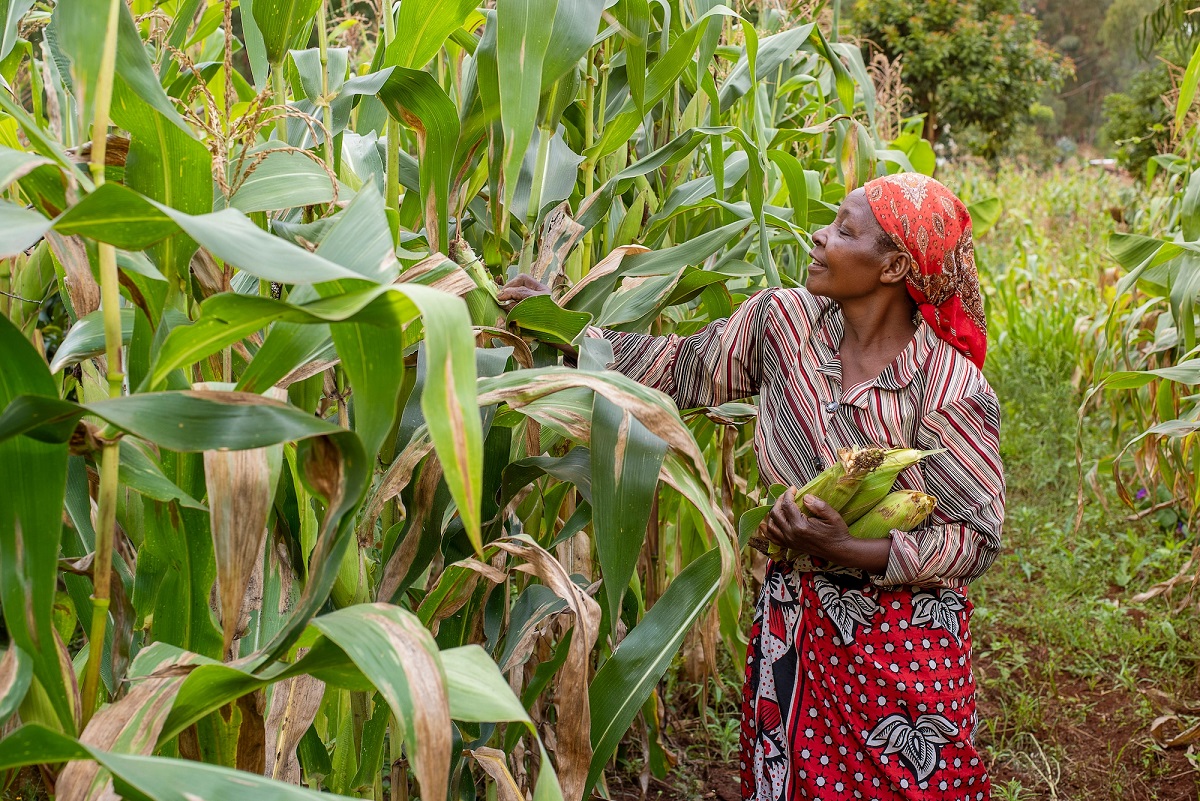 FULL TRANSCRIPT Narrator: Around the world, most farmers have suffered different sets of challenges in scaling and growing their farms. Although lending and crowdfunding... This episode is extracted from a Techpoint town hall meeting with Peter Salovey, president of Yale University, enjoy. Build the money of the future... 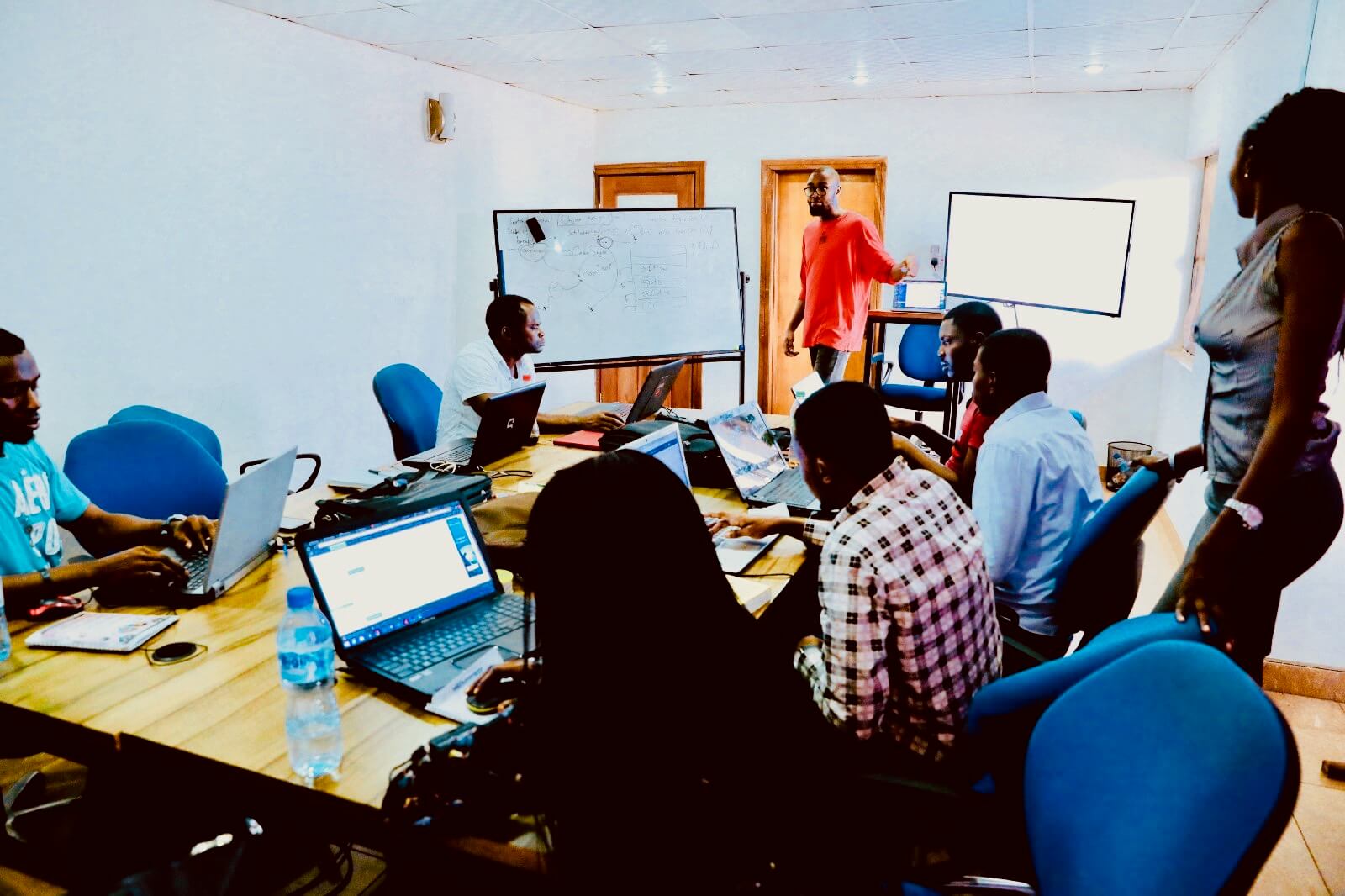 Obinna Ukwuani: Robotics in Africa and Digital Initiatives at Bank of Kigali, Rwanda

This episode is brought to you by HostGator.com, web hosting that scales from easy to expert. Credits: Music by Mixaund – mixaund.bandcamp.com FULL TRANSCRIPT...