This episode is brought to you by HostGator.com, web hosting that scales from easy to expert.

The news came barely a month after Canva raised $60 million, at a $6bn valuation, and partnered with FedEx Office to break into the US market. Canva’s next move was into Africa, and it chose to partner with Kiakiaprint.

For a startup like Kiakiaprint which prints and delivers custom designs on demand, it’s quite a perfect match.

Tunde Ademuyiwa: “Canva has 30 million users globally. Before the lockdown, they were 20 million and it’s growing.”

Tunde Ademuyiwa: “They align with our vision. Now, our vision is, help people grow their business, leveraging print technology. When it comes to design technology, sorry nobody beats Canva. It’s easy to use, it’s straightforward. That’s why the partnership just made sense”

Narrator: On this episode of Built in Africa, we put the spotlight on how Nigerian print-on-demand startup, Kiakiaprint is taking its business global with Canva partnership and South Africa expansion.

Tunde Ademuyiwa didn’t set out to start a printing company, he just happened to stumble on the opportunity.

Narrator: It all began in 2012, when Tunde had an idea to make a business out of embedded chips in cards. He took a loan from a close friend and started his first company, Vocal Circuits    Limited, a year later in 2013. The startup sought to offer bespoke audio and video print services to clients from different industries.

The loan was used to launch the company’s main product, Speaking Cards. And during the Ramadan, a popular religious event held by Muslims, Ademuyiwa decided to make 2,000 copies of Speaking Cards with Islamic messages and announcements embedded in a brochure.

Tunde Ademuyiwa: “This was around June, it was a 6-month loan. The plan was to pay back back in December.”

Narrator: Unfortunately, due to the absence of a proper distribution network, they weren’t able to sell everything.

Narrator: To make the best of a bad situation, Tunde decided to pitch to banks and presented Speaking Cards as a way to teach unbanked Nigerians about mobile money.

Tunde Ademuyiwa: “The target for mobile money are people at the bottom of the pyramid. People at that level can’t read and write so, how do you market mobile money to them? You have to use their Mother Tongue. So we created speaking cards on mobile money for these banks and they loved it, it was awesome.”

Narrator: It took almost a year to get the first client. But eventually, First Bank, Nigeria jumped on the project and launched their Firstmonie initiative on Speaking Cards. And he was able to pay back his friend’s loan with 40% interest.

Another big break would come during Nigeria’s general elections campaign in late 2014. Here, the company programmed campaign messages, in local languages, into illustrated brochures. That period, he made over ₦10m ($33,000) in sales from one client and more from his line of  network. This money and extra revenue from subsequent clients kept the company operational.

All the while, Tunde made his card prints in Shomolu, a very popular printing hub in Lagos, Nigeria, which back in the 70s and 80s was a hotspot for people coming from Francophone countries to print.

Although people still frequently visit Shomolu, the suburb has witnessed a decline and is now occupied by mostly unprofessional artisans who deliver subpar work in a largely unregulated environment.

In a bid to have some control on the quality and output, Tunde bought a digital printing machine that could print cards faster than a regular printer would. Soon enough, he had an epiphany.

Tunde Ademuyiwa: “I was like, we weren’t always making speaking cards. So I asked myself, ‘this machine that is printing the speaking cards, can’t it print flyers and business cards too?”

Narrator: Tunde and his team told a couple of friends about the new business, which at the time didn’t have a name, and via word of mouth, it spread quickly. The steady influx of customers through referrals made him believe he was doing something right. He decided to make it more open by creating an online presence and getting a name: Kiakiaprint.

Tunde Ademuyiwa::  “These guys are coming to us through referrals. They don’t know us from anywhere, yet they’re trusting us. It shows that we are doing something good. So we asked, why not open it up to a bigger audience? And that’s where the idea of online print came”

Narrator: Motivated by a friend who promised to invest, Tunde came up with a business plan for Kiakiaprint. Meanwhile, he had to travel to the US for a holiday, visiting his elder brother, Bunmi. This was in 2017.

They got talking and he casually mentioned Kiakiaprint and his vision for on-demand-printing. His brother was so excited by the idea that he soon became his co-founder and now CTO.

The second co-founder, Gbolade Ogunfowote, met Tunde via a mutual friend and joined the team and now serves as the chief product officer.

Tunde Ademuyiwa:  “So that’s when we started Kiakiaprint, which was November 2017. My brother is the co-founder and CTO. Gbolade is also a tech guy. I studied engineering but I’m the only ‘non-techie’ person. I just follow the money”

Narrator: With zero external funding, the company was bootstrapped using personal funds and recurring revenue. To save resources, they decided to launch with a white-label solution.

Tunde Ademuyiwa: Initially, because we were trying to validate what we were doing, we got a white-label solution from an Indian company customised for us. But it had its limitations”

Narrator: Tunde and his co-founders knew they would have to build a proprietary platform eventually but their immediate priority was to grow the business organically, focusing on a lot of small and medium-sized businesses.

Tunde Ademuyiwa: “What we were doing, we were just signing company accounts. There are different kinds of companies. There are the big wigs, those ones don’t pay immediately. Then there are the ones in the middle who pay 70% upfront while the small companies pay in full. So their money was the seed for the business. That’s how we were running and that really helped us”

Narrator: Within a short time, Kiakiaprint has established itself as arguably one of Nigeria’s best printing companies.

So far, Kiakiaprint has grown to 30 employees serving a clientele of about 3,000 customers across Nigeria. Most of these clients are small and medium-sized businesses. But major clients include MTN Nigeria, Pizza Hut, PiggyVest, ENYO, RedBull, PepsiCo, and Jack Daniels, among others.

But Tunde is not satisfied; he has his eyes set on more growth.

Tunde Ademuyiwa: Vistaprint makes $2.2 billion in revenue. They’re the biggest print company in America. MOO does about 150 million dollars. It’s a British company but they are based in America. How many companies here do you need to pitch to get that revenue?”

Narrator: Tunde points out that technology presented both Vistaprint and MOO an opportunity to scale and they took it. For him, it’s time for Kiakiaprint to seize that opportunity too.

Tunde Ademuyiwa: “We’ve built our own technology now, we have our own tech team. The vision is Uber for print, wherever you are, no matter where you are, you can print on Kiakiaprint. We are now a technology company. The only reason why we have assets is because here in Nigeria, the market is not standardised. So we have to put in assets on the ground to make sure we have what it takes to serve the customer comfortably.”

Narrator: Tunde is already thinking global for Kiakiaprint. He boasts that the Nigerian company currently has the capacity to serve West Africa. Nevertheless, they chose to expand to South Africa first. When you think about the reasoning behind the decision, it makes sense.

You see, depending on who you ask, either Nigeria or South Africa is Africa’s biggest economy. But it is a consensus that both are Africa’s largest economies.

Tunde Ademuyiwa: “Any market where there’s some sort of credit system, it stimulates the economy

Narrator: For Kiakiaprint, expanding South, rather than the immediate West made financial sense.

Tunde Ademuyiwa: “I want to be able to capture the value and capture it fast and we think SA is better positioned at this than any other African country.”

Narrator: The three-year-old startup formed partnerships with local print companies in South  Africa that offer similar high standards of print. So in essence, Kiakiaprint doesn’t need to establish a physical presence there.

Tunde Ademuyiwa: “Like I said, the assets we have here are for West Africa. The market there is more standardised”

Narrator: Customers in both countries now have the option to either upload a design, hire a designer via the platform or, thanks to the partnership with the Australian company, use their Canva design templates before going ahead to print.

Tunde Ademuyiwa: “We are making things easier for the customers, even in their market. But the print companies there are going to benefit from us. So we are bringing business to them. What should be their focus is to make sure that there is activity on their machines, and that’s where we come in”.

Narrator: On future expansion, what is imminent for Kiakiaprint is not necessarily moving to another African country but expanding outside Africa entirely.

Tunde Ademuyiwa: “What we do, and our vision, we are not an African company. The vision is global. With the convenience of our platform, and partnerships with local print companies that deliver value, nothing stops us from going to any country in the world”

Narrator: Kiakiaprint has always been under the radar since launching but has witnessed astonishing growth. But with its expansion and partnership, it’ll have to adjust to a new phase of being in the public’s eye and pursuing growth simultaneously.

Having been completely bootstrapped so far, is there any chance that Kiakiaprint will be raising equity investments soon?

Tunde Ademuyiwa: “Actually, we are in that discussion now, we are now beginning to think of it. Because, the scale of what we want to achieve right now… we’ve pushed it to a decent level. We’ve pushed ourselves to this level so right now, I’m more comfortable with discussing with potential investors.” 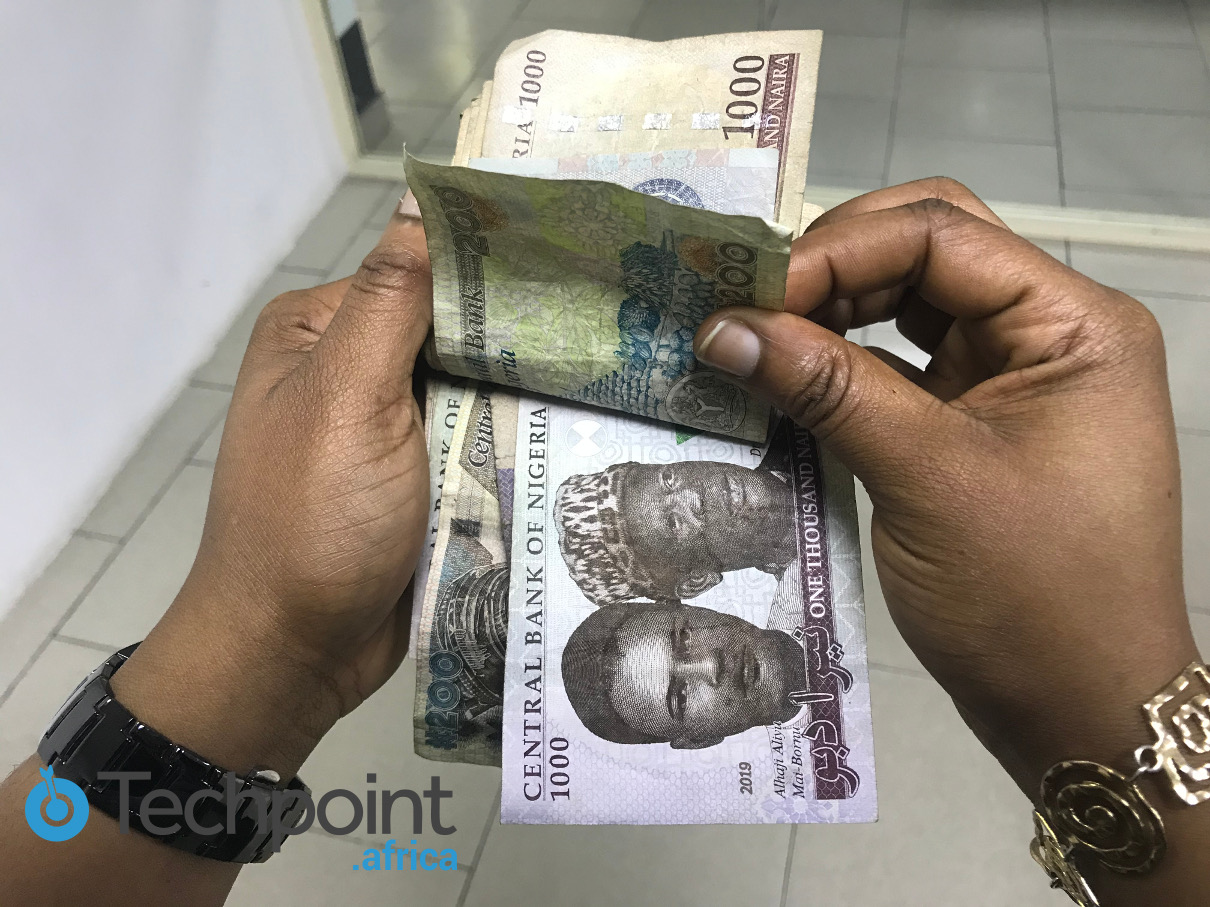 Credits: Music by Mixaund – mixaund.bandcamp.com Upbeat Corporate – JP Bianchini https://jpbianchini.com FULL TRANSCRIPT Narrator: For many companies, hiring can be one of the... 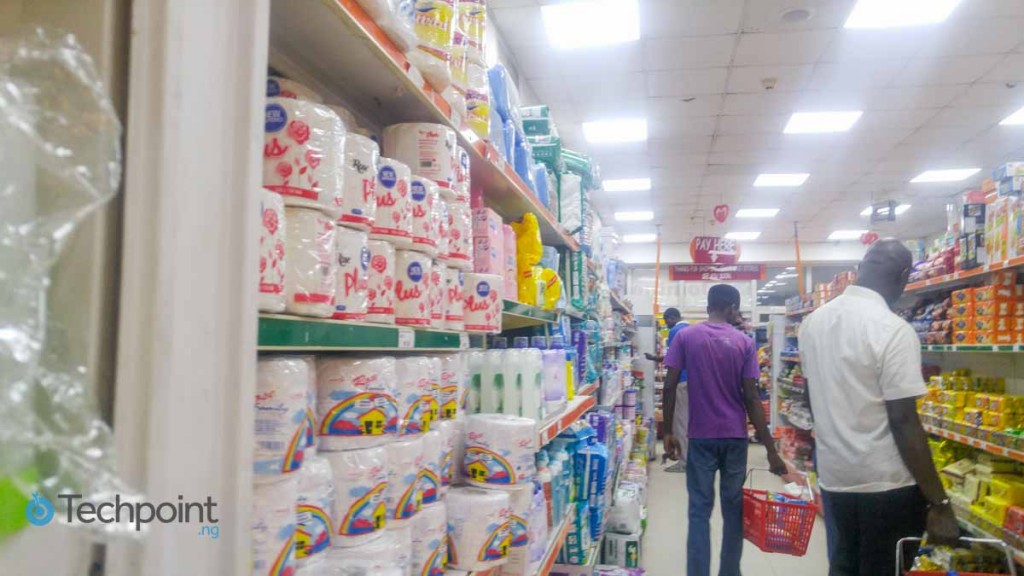 This episode is brought to you by HostGator.com, web hosting that scales from easy to expert. FULL TRANSCRIPT Narrator: In February 2018, while serving... 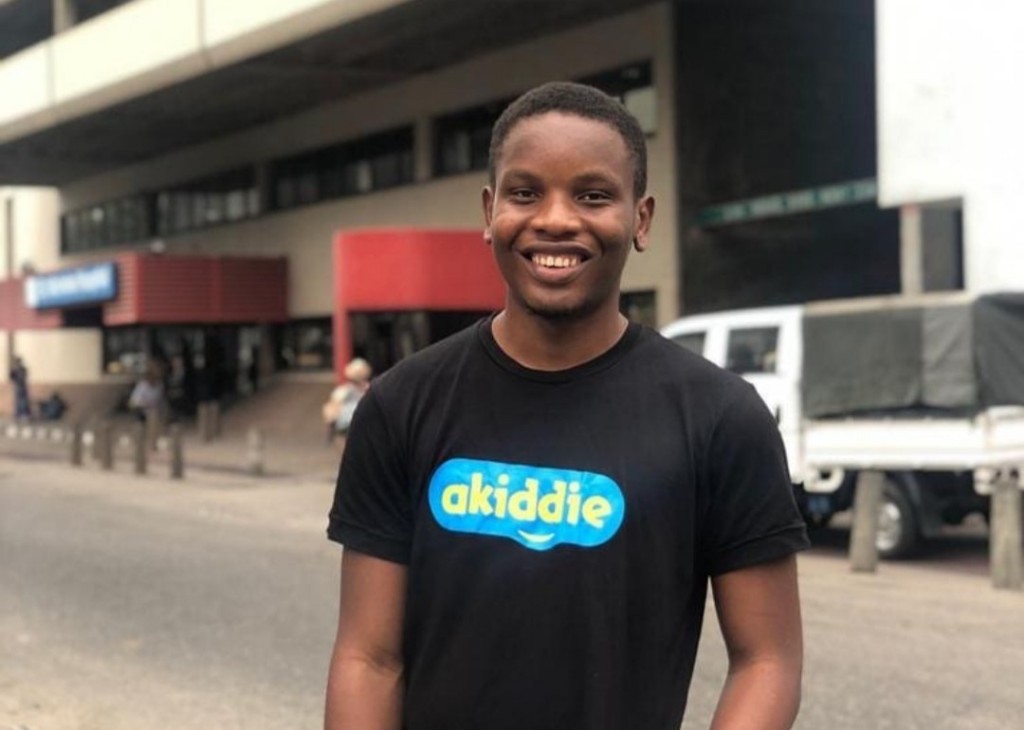