This episode is brought to you by Whogohost WordPress Hosting. Visit builtin.africa/whogohost and use coupon code BUILTINAFRICA to get 25% off on any annual plan.

Narrator: I remember ten years ago when African music didn’t get as much global attention as it does now. Interestingly, now that I think of it, it wasn’t because of a lack of talent or content. So, I wonder what has changed. Well, your guess is as good as mine.

But Africa now has a growing youth population, exceptional music talents, unique genres, and streaming companies. Africa’s music industry is doing so well that global companies are eager to sign deals with artistes to get a share of their earnings.

If you ask me, digital distribution was clearly the game-changer. And the good thing is that apart from foreign platforms like Spotify, Apple Music, YouTube Music, Deezer, and Shazam, local streaming platforms are also contributing their quota.

On this episode of Built in Africa, we explore how indigenous music streaming platform, AfroCharts, is offering unreached African music talents the opportunity to get paid for their content.

Narrator: Burundi-born Leonard Novati, AfroCharts founder, lived his early life in Tanzanian refugee camps because of the constant civil wars in his home country. During his stay, music was one of the things he loved doing asides from other menial jobs he did to make ends meet, so he stuck with that on reaching the US in 2007 at the age of 16.

However, he needed to fuel his thirst for entrepreneurship. But what were his options: become a musician, a music producer, or a disc jockey (DJ). Eventually, Leonard chose to make a living from DJing for some reason.

Leonard Novati: When I got here where there was so much technology, I thought I could sing like most young kids, young boys and girls, I tried that, it didn’t work. And then I tried to open a recording studio, it didn’t work either. So, I’m like, well, I love music, I must share with the public. You know, somehow, I have to make people happy through music. If I cannot sing, I cannot produce, why don’t I become a DJ? From there, I started teaching myself to DJ.

Narrator: So, he founded a DJ company to make a living while in college and focused majorly on African music, which turned out to be his selling point. He often got invited to African and American events.

While he trained himself to become a DJ, he graduated with a computer science degree and later became a web developer.

In 2014, he saw a need. People listening to his Afrobeats mix asked where they could get it, and some African artistes also contacted him to add their songs to his mix. That was when he had the idea for AfroCharts. But his first attempt wasn’t a success.

Leonard Novati: While I was in college, I actually tried to create something similar but for beats. Like an online beat-selling marketplace. Whether you’re an African or not, where you can sell your beats to the world. Artistes are looking for fresh beats. That failed. That was in 2014.

Narration: After that, he started brainstorming the idea for AfroCharts in 2016.

Leonard Novati: All these streaming platforms, African listeners and artistes still feel like they’re left out. That’s when it hit me, I’m like why don’t we create our own platform? Our platform focuses on African artistes, African music listeners… I wanted to find a way that I’ll make it easier for the artistes themselves to share their music with the world and help the listeners to find the music that they want quick, fast and in a cheap way as well. That’s how I got into AfroCharts.

Narrator: This didn’t come to life until January 2020 when he officially launched the startup. So, what was his journey like?

Leonard Novati: Late August of 2016, that’s when I started writing the first code of AfroCharts., I started with the website and got everything going there. People did not take it as I hoped, so I went quiet in 2017 and 2018. But then I came back in 2019. I’m like now, I gotta add more features because at that time, I asked artistes to send us songs so we can upload them and that was very slow. We were not able to generate as much content as we wanted or we could so that our fans can keep up. They want to hear new stuff. But in 2019, that was when I came back and reinvented AfroCharts into where people can go directly, create an account, upload it on music. I put the website out there in January 2019, and then in April, I put out there the Android app. In August that same year, I put the first wording of the iPhone app. By December 2019, pretty much what was left was planning how we get this to the people. And then 2020 January that’s when I started getting a team.

Narrator: One year and four months later, AfroCharts already has a team of 12 including a Chief Financial Officer (CFO), Bobola Odebiyi, and general managers in Nigeria, Zambia, zGhana, and South Africa.

However, because internationally-coveted platforms promise better exposure, AfroCharts found it difficult to get artistes on the platform. But, with time, it got easier.

Still, Leonard does not consider big names in the music streaming scene as competitors because he has a different goal for AfroCharts. Up-and-coming African musicians often drown among the big sharks, but AfroCharts gives them the exposure.

Right from when the idea for AfroCharts became clear, Leonard began building the web version.

It doesn’t matter when you got your idea, like Leonard, it is not too early to give your business an online presence. So, you definitely need a website. And since WordPress powers over 26% of the  top 10,000 websites, you can’t go wrong with Whogohost’s tailor-made WordPress hosting plan.

Powered by Nginx and Amazon Web Services, Whogohost WordPress hosting is designed to give your website that extra speed boost that will have you ranking at the top of search results in no time.

For no more than ₦4000 (less than $10) monthly, you get WordPress pre-installed with unlimited SSD storage, unlimited bandwidth, 24/7 support and a free SSL certificate.

Insane right? It gets better. If you visit builtin.africa/whogohost and use coupon code BUILTINAFRICA to pay for any annual plan, Whogohost will shave 25% off and throw in a free .ng domain, which comes in handy if you want your website to rank better in Nigeria.

So what are you waiting for? Head over now to builtin.africa/whogohost and to supercharge your WordPress website. Don’t forget to use coupon BUILTINAFRICA, as one word.

Narrator: Few months later, the team released the app versions in stages; the Android version first, then the iOS.

AftoCharts’ selling point is its coverage. The startup made it a point to focus on the whole continent — all 54 African countries — instead of a few popular markets.

Narrator: Considering the progress the platform has made — we’re talking about 7000 artistes and over 4 million subscribers — AfroCharts plans to continue tapping into the opportunities in uncharted territories.

Understandably, AfroCharts didn’t receive the much-desired reception at first. So, the first effort in 2020, which was very demanding, was to get creators. But thanks to Leonard’s strategy, the situation has improved.

Leonard Novati: We have what we call the General Manager structure, so we got people in six countries working locally with artistes with music labels, telling them what AfroCharts is, what it’s doing, how beneficial it can be to them. But now, we happen to see them coming on board without having to reach out to them.

Like several new African startups, AfroCharts is yet to get any form of external funding. Having run so far on bootstrapped funds, the platform has made some revenue from ads.

In January 2021, the team decided to properly monetise the platform by adding the premium subscription model.

To stay competitive, AfroCharts offers the premium package at $1.99, which will likely change as the startup grows.

Meanwhile, artistes get paid $20 for every 5000 streams, similar to what the likes of Spotify, YouTube Music, and Apple Music charge.

In the next two years, AfroCharts is looking to add new features like tipping, online radio, podcasts, and live stream to give comedians an opportunity.

With access to increasing data, the startup is considering another monetisation plan by partnering with businesses. Here’s one of such.

Leonard Novati: There’s this company in South Africa,(Please, cut out the name of the company and product) they just launched a new product. What they’re trying to do is an all-in-one platform, pay-as-you-go model. In order to do that, they need products, which is music, video. One of the things we want to do is to offer them access to our music library where they can offer to their users and then pay as they listen while they pay per month. And from there, we split the revenue which then comes back to the artistes.”

Narrator: Asides that, in time, it may also bring telcos on board.

Maybe it is probably too early to count its successes, but AfroCharts has successfully paid some artistes whose uploads are doing well.

On protecting music copyrights, the platform works with music distributors, local music labels, and management companies to reduce the possibility of copyright violations now and in the future.

AfroCharts is currently in the process of partnering with some big music record labels and licensing companies in South Africa like Capasso and Samro, and ultimately Universal Music Group, Warner Music Group, and Sony Music.

Thank you for listening to Built In Africa.

Rentit: A marketplace for urgent needs

On this episode of Built in Africa, we'll be looking at how Nigerian rental marketplace, Rentit , helps people rent goods and cut down... 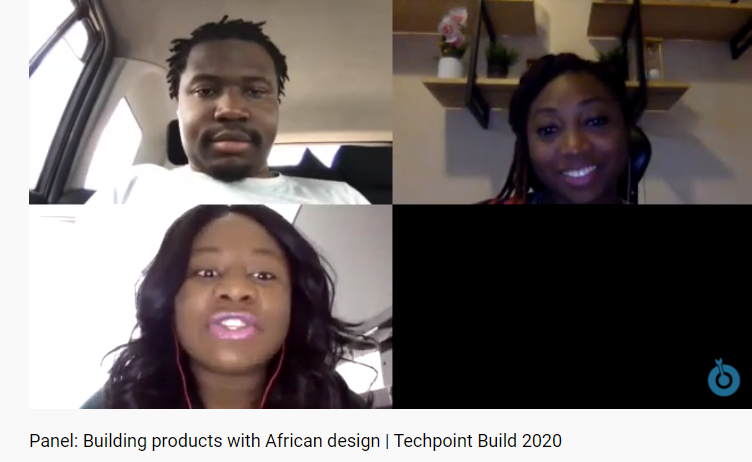 Build the money of the future at https://currency.techpoint.africa/ Narrator: Intro The speakers on the panel, in the order that you hear them are: Panel...